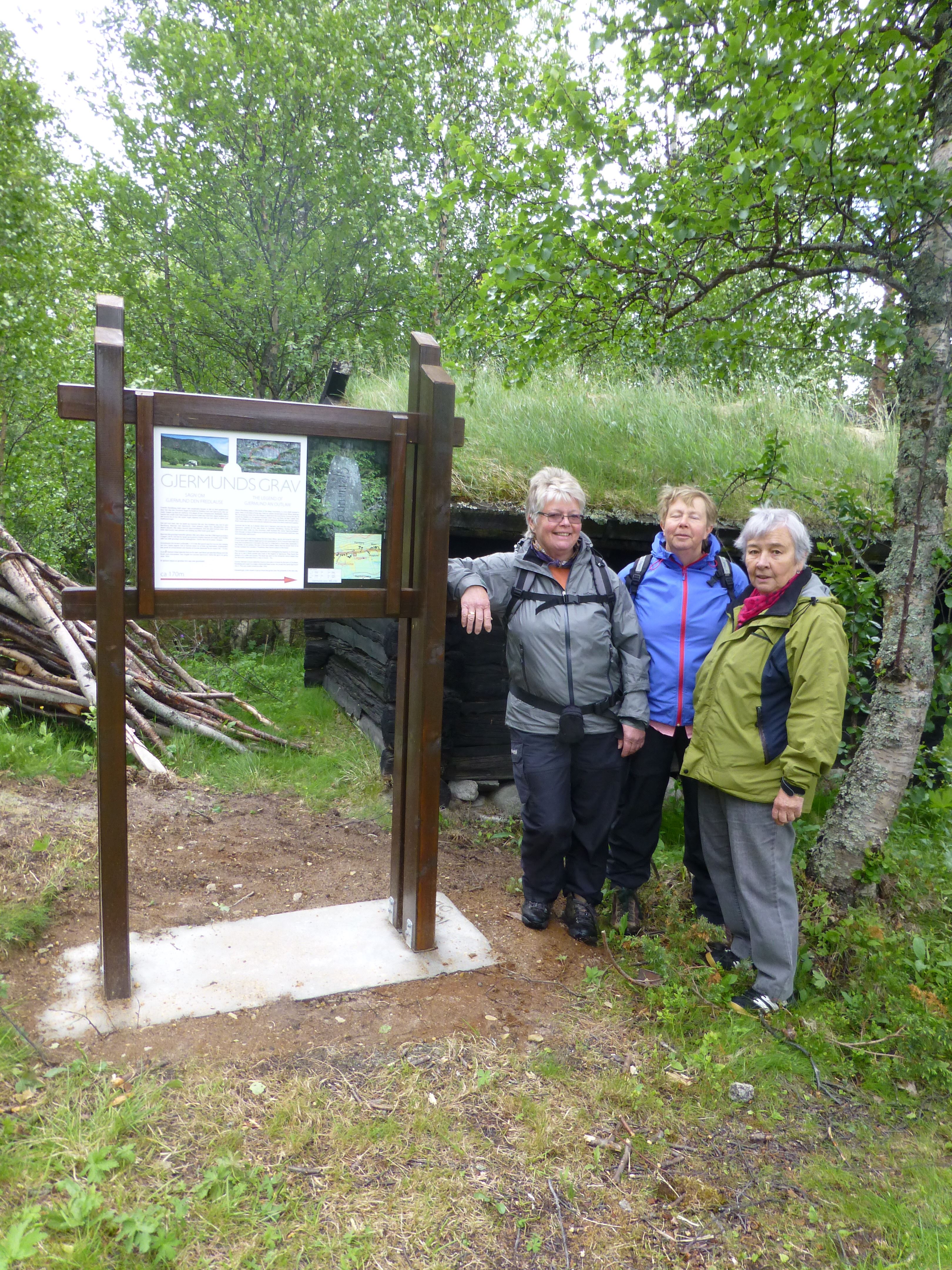 The grav of Gjermund the outlaw in Dagali

Legend of Germund the outlaw in Dagali

Above Randberg in the middle of the steep rock, there is a plain grassy and flat place. In older times, a man named Gjermund must have lived here. He was down in the village stealing at night. During the day he lay in this mountain pass (mountain gorge). From here he had a view of the whole village and could keep an eye on people. No one thought a thief could live up there. No one knew who was stealing their small food supplies.

It was towards autumn, it was cold and the man became ill. He crawled down to southern Randberg. The men are called Gjermund. In the winter he died. The flat place in the mountains was later named ''Gjermundskøret''. No trace of Gjermund was ever found, but the place was clear and eventually well known.

The man was buried below the farm. When, nobody knows, but that was before Dagali got his own burial ground (1819). It became too long and troublesome to transport the man to Uvdal. As an outlaw, he would be buried outside the cemetery. Therefore, they found a place in the forest.

The cemetery was later examined. In 1914 it was dug up to see if there really was anything in this legend. Remains of a coffin and bone remains have been found. The skull was sent to the University, which determined that the find originated from a man in his 60s - 70s.

Gunnar Stensen (local man) found a nice stone by the barn on south Randberg which was used as a memorial stone. He engraved the name Gjermund. This was done once after 1954.

A rare blanket of spruce bark spreads over the burial site.