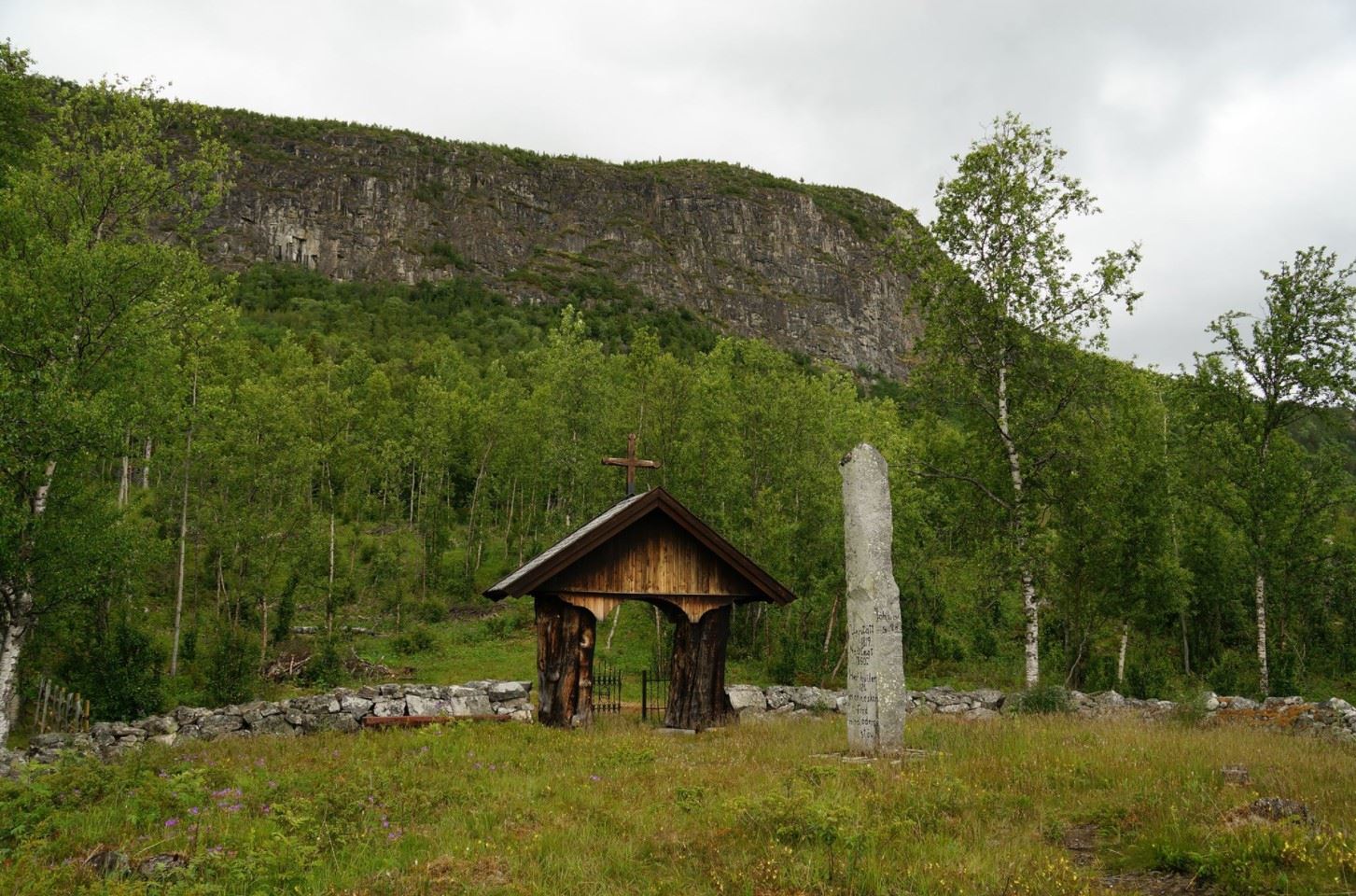 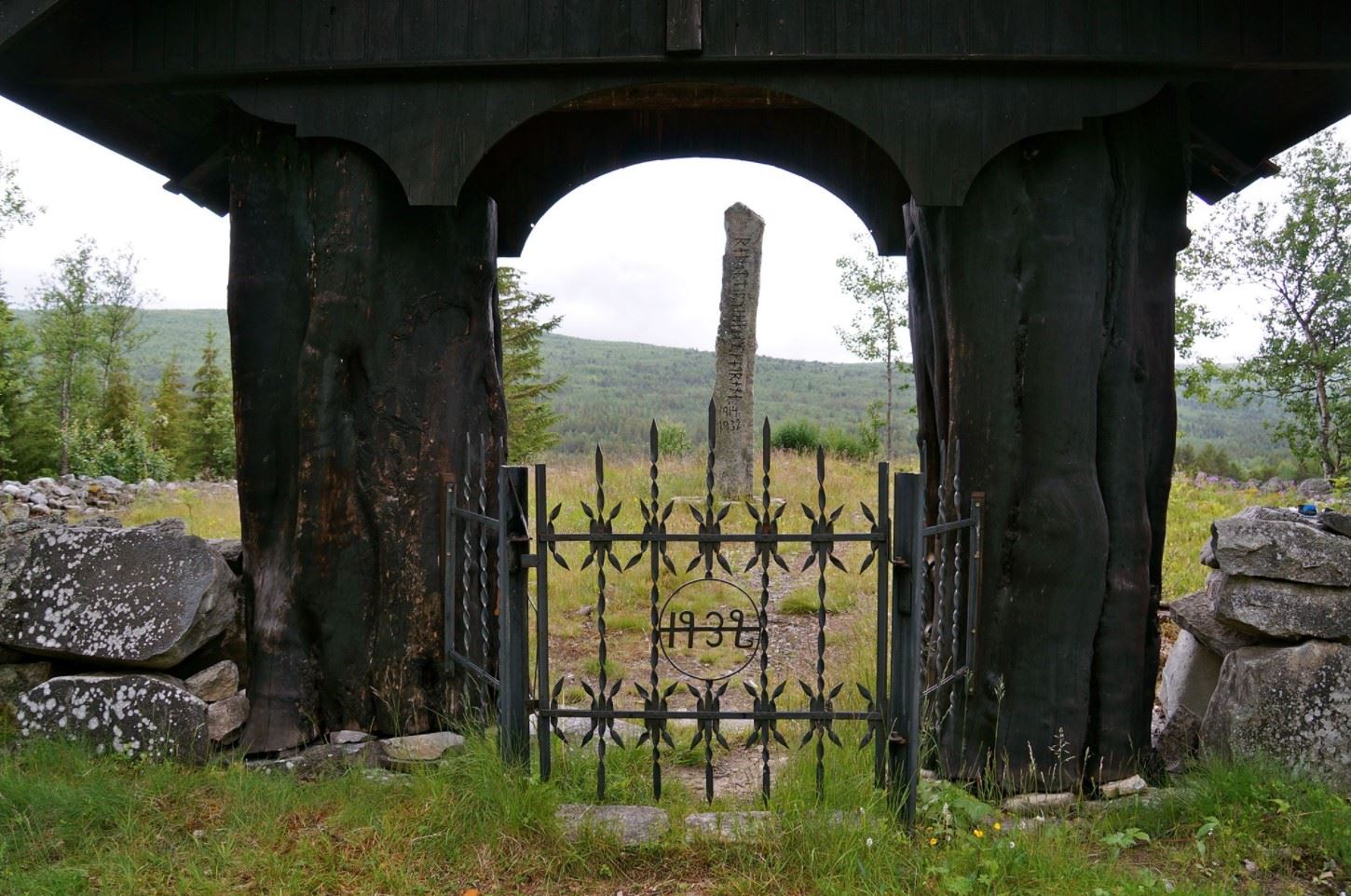 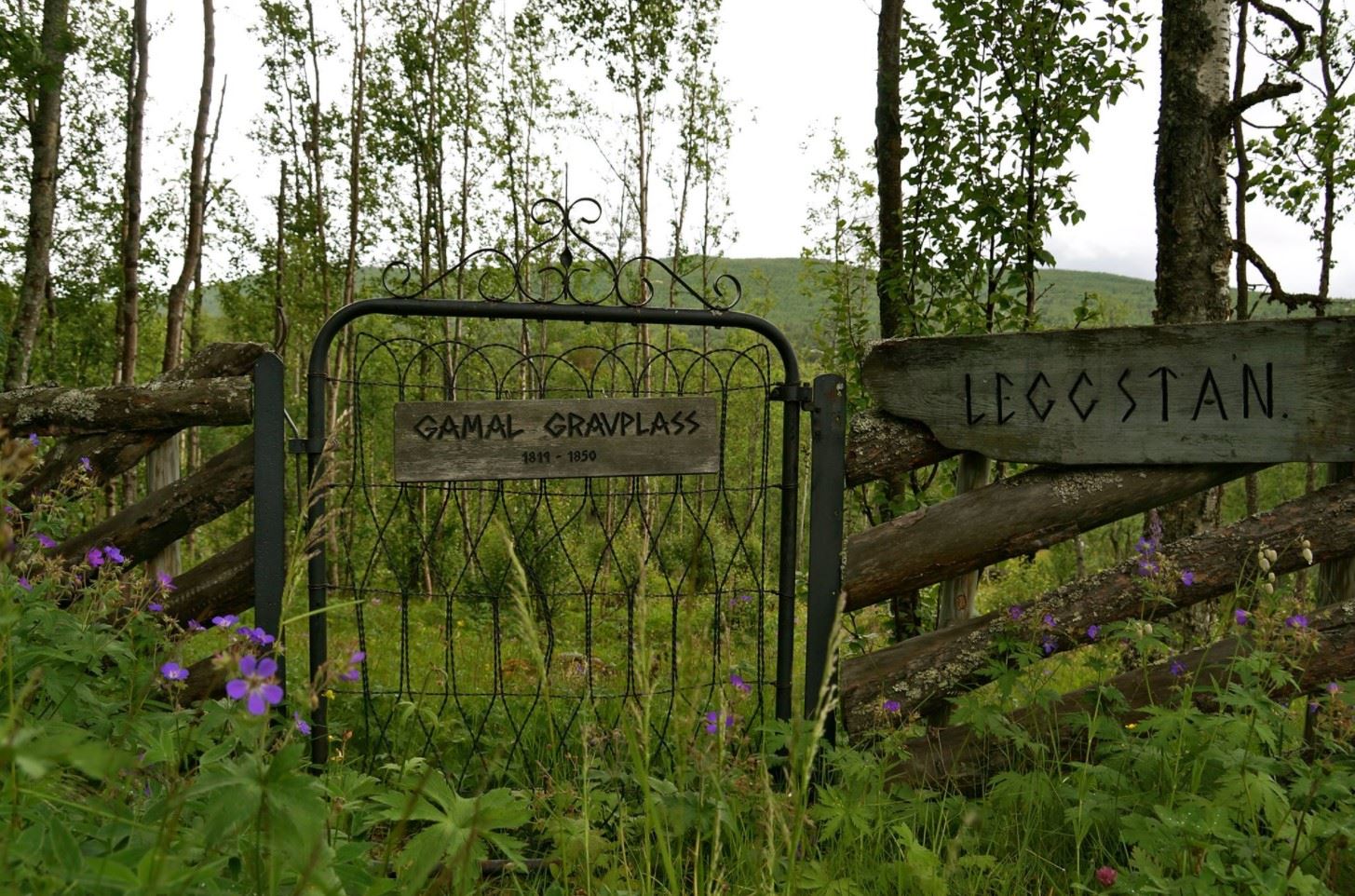 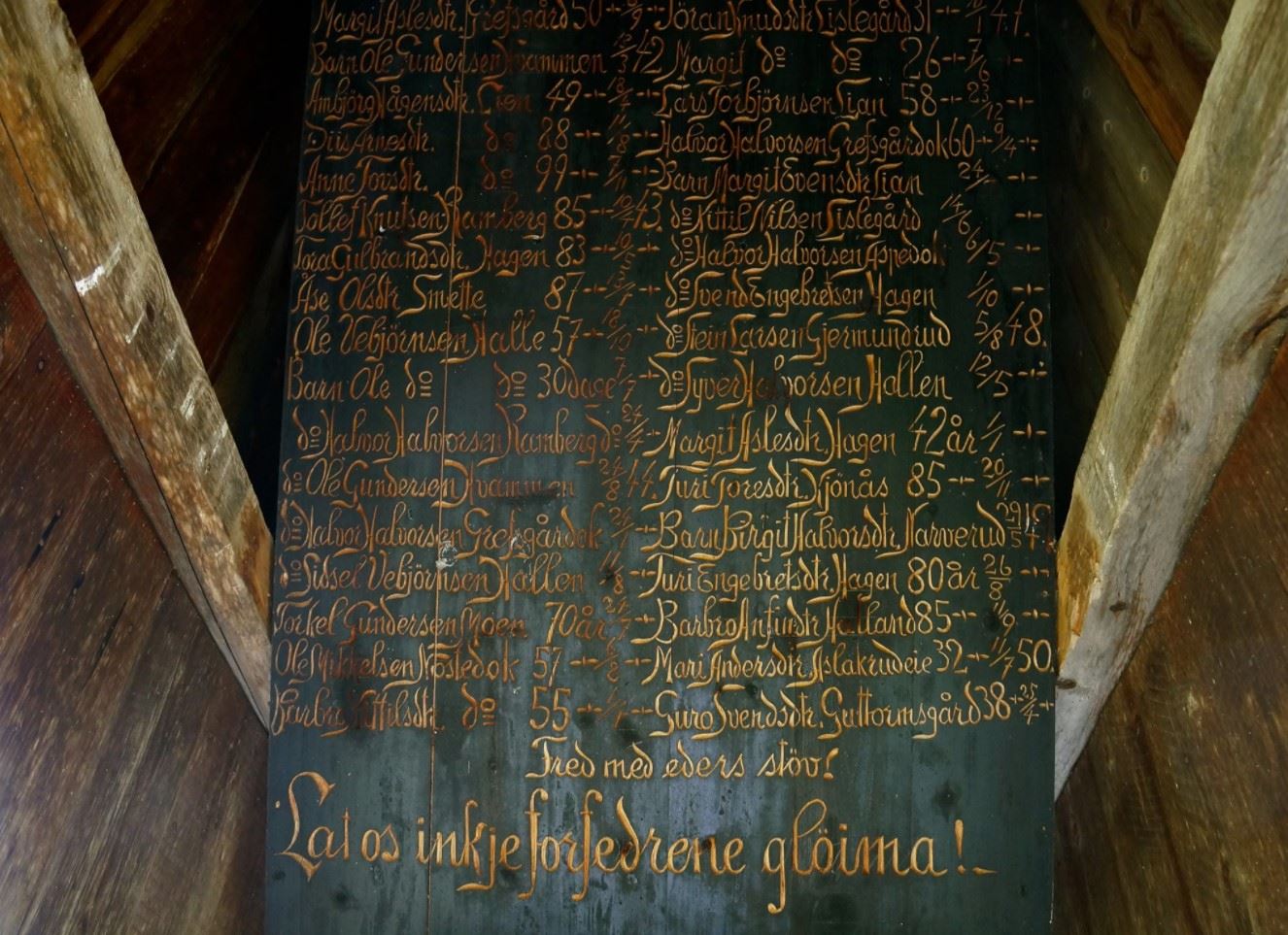 Leggstan is the old burial site in Dagali, used from 1819 - 1850 when the church in Dagali was built. Leggstan is an idyllic place to visit, easily accessible from the mail road through tha village.

In the old days, the whole of Upper Numedal belonged to Rollag parish. The parish was quite big, just from the border with Flesberg, up through the valley with side hamlets and just to Hordaland in the Hardangervidda. For hundreds of years until 1850, the villages of Tunhovd, Sør-Skurdalen and Dagali belonged to the old stave church in Uvdal. It was an unbelievably long church road, at least a three day trip. The worst was to get the dead to the cemetery.

It was a lack of money that put an end to an own church in these three villages. Instead, the idea of ​​a cemetery came up, and it was located to Dagali. It was in use from 1819 to 1850. Then Dagali got its own church and cemetery. Here, 126 people from Tunhovd, Dagali and Sør-Skurdalen got their last resting place, before Dagali got its own cemetery in 1850. During these years, 126 people from these three villages were buried.

The place was named "Leggsta'n" which means "the place where the dead were laid". In 1914, a portal was made into the cemetery. Under the roof of the portal there are 2 boards. There are names, ages and the year when the 126 people died were cut with a knife by Gunnar Stensen. Stensen also helped erect a bauta on the square in 1926. He had carved inscriptions on it in runes: "Raised in memory of our fathers". A wooden cross was used at Leggsta'n. Only a few - more or less whole - are taken care of.

Dagali and Skurdalen parish council have now, on the initiative of Kåre Sønsterud, done a great job of restoring the area. Leggstan appears today as a well-kept and idyllic burial grou